The perfect solution for screening between tenants, pre-purchasing and pre-sales screening.

What to do if you have a positive test result? Sunstate Pest Reports can guide you through a full Meth Management process for contaminated property. Our service is CONFIDENTIAL and provides a detailed property inspection by certified hygienists. Sunstate Pest Reports can guide you through:
• Understanding and action a Remedial Action Plan (RAP);
• Authorised contaminated waste disposal;
• Full / partial property cleaning;
• Final contamination clearance certification;
• Insurance claims;
• Ongoing property monitoring

Talk To An Expert

Landlords everywhere need to understand the importance of educating themselves on meth labs and use in rental properties, especially on the physical dangers and the immense financial impact. Many cities across Australia are seeing a rise in the production of methamphetamine, or meth / ice.

When people move into a dwelling they are most likely to be unaware of previous illicit operations. These individuals may have family members who include infants and young children, are pregnant, elderly, frail or have compromised health, placing them at increased risk. Methyl-amphetamine contamination may persist for years on all surfaces in the home, including within the building materials.

What Are The Effects Of Exposure

It is likely that many hundreds of children (about 10% toddlers) have/are being exposed to clan lab contamination and this is likely to be in terms of thousands if undetected clan labs are included (assuming a 1:10 ratio). The corresponding numbers of adults including other sensitive groups are likely to be even higher.  enHealth, January, 2017

How Many Labs Are Out There?

The growth in Labs in Australia is not slowing down. For the hundreds of detected labs, there will be many thousands more labs that may never be identified and will continue to operate until eventually abandoned leaving property owners with the clean up.

The making and smoking of meth contaminates property, leaving owners with significant repair bills and placing property managers at legal risk. About 1 in 10 clan labs are thought to be detected in Australia, while others continue to operate until they are eventually abandoned or relocated (Newell 2008). The number may be higher than this as data from New Zealand indicates that 32% of frequent drug users in 2011 indicated that they cooked (or had an attempt at cooking) their own drugs (Wilkins et al. 2012).

Questions about meth in homes

What is meth?
Methamphetamine is also known as Meth or Ice and is a very addictive drug. Meth is usually smoked but can also be dissolved in liquid and injected or snorted. People can be addicted to meth which affects the central nervous system from the first time they try it.

Meth is fairly easy to make and can be manufactured from common household items almost anywhere, including suburban homes.

Is there a difference between a house lived in by a meth user and a property used as a meth lab for manufacture?

If the house has been used as a meth lab then the levels of contamination are likely to be higher than in a property that has just been used by people who smoke the drug. If the manufacture has been on a large scale, contamination may be even higher.

Links between meth contamination and other more serious health problems are still be researched, but studies suggest it can be linked to more serious respiratory illnesses and possible even cancer.

Can I tell if my home as been used for smoking meth or as a meth lab?

It is actually very difficult to tell whether you are living in a meth contaminated house. This is especially true if it was just lived in by meth users and contamination levels are low. There may be some signs such as missing lightbulbs, a lot of rubbish around the property and reports of a high number of visitors, especially at unusual hours.

Signs that the house may have been a meth lab include:

The only way to know for definite if you have a meth contaminated home is to get professional meth house testing undertaken. This will give you a definitive answer and allow you to plan your next steps if necessary.

Who should consider getting a meth residue drug test?

Anyone who thinks they may be living in a meth contaminated home or are looking at buying a property should consider getting home meth lab testing. These include

What happens when I get meth residue testing done?
The first test carried out is usually a yes/no test with swabs taken in several areas of the property. This will tell you whether meth contamination is present or not. If the result is positive further tests can be carried out to show the levels in different parts of the house. This will help you decide on your next actions.

If decontamination work is needed, you should get the house tested again after the work to ensure levels are now safe.

Questions about cleaning up meth in homes in Australia

What might have to be removed or cleaned?
In most cases, things like curtains and carpets and any remaining furniture will need to be replaced. If the contamination is more severe then you may need to have countertops and other fixtures and fittings removed. In very severe cases the house may need to be stripped back further with gyprock and ceilings removed. Anything removed from the house will need to be disposed of properly.

What should I check when picking a meth decontamination company?

When you are choosing a company to carry out your decontamination, it is good to ask:

Sunstate Pest Reports does not undertake meth decontamination but can recommend a cleaning company for you if needed.

What needs to be done after the property has been decontaminated?

After decontamination a further meth residue drug test should be arranged to ensure that levels are now within safe limits. The Australian Standard is 0.5µg/100cm2 of meth. 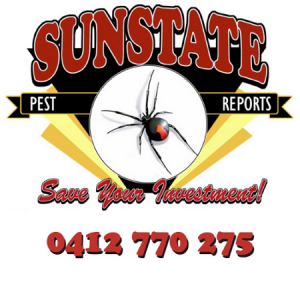